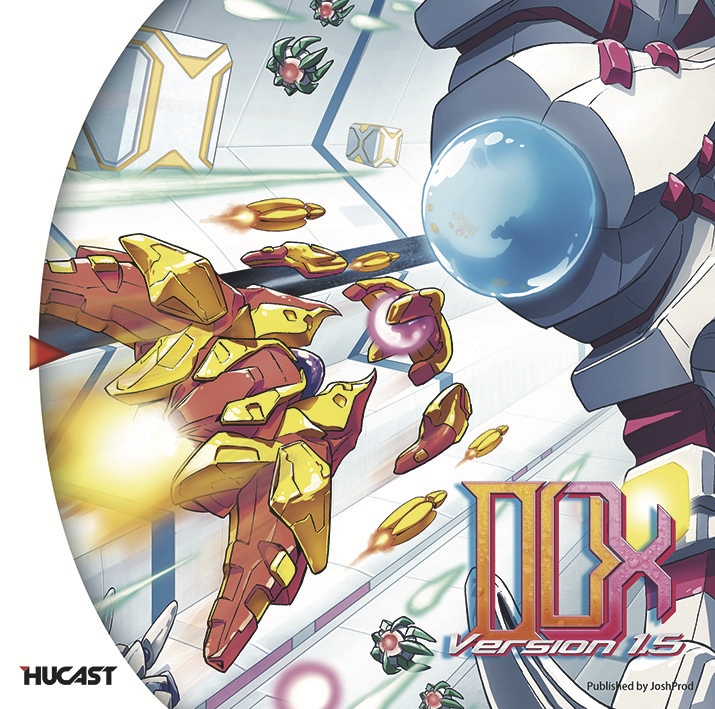 With all new re-balanced gameplay as well as a brand new 16-bit soundtrack created by Andre Naumann and Marco Groß, DUX is has stepped its game up - have you?

Get yourself back into the high-resolution bullet-spraying action with the introduction of instant respawns, which weathered DUX veterans should truly appreciate, and a steady 60FPS across all 6 stages, consisting of over 30 fully animated CGI enemies and 6 fully animated (and massive) bosses!

During the exploration for new materials to produce more powerful battle ships, the Material Forces discovered a space mine on the enemy territories. Then the scientists began to analyze the material and concluded they had found the one material to lead 'em all - they called it DUX. The scientists used it to assemble a prototype battle ship with more power than any others in the space to lead the fight against the Spiritual Spacers. Somehow the material seemed to be instable and the use of the assembled ship seemed highly risky, so that a lot of the scientists fell away from the project. Since there hasn't been any other choice, the forces were forced to let it fly. In DUX you pilot this ship to reach the obvious. Good luck!